We’re living through the greatest change we’re likely to see in our lifetime – changes to the way we live, work, and play have all come about in the time it usually takes us to change from winter to summer fashions. Our entire approach to life has changed so rapidly it amazes me that most of us have continued to rise and shine and get on with our days.

We’ve learned rapidly how to work remotely, play and communicate virtually, and realized a few things along the way. We’ve learned, for example, that people are more easily reached because they’re at their desks much of the time; we’ve been invited to peek into our coworkers’ homes and absorb their hobbies, tastes in decorating, art, and furniture, and the books they read. Paradoxically, we’ve found a new level of intimacy that helps mitigate the missing physical closeness. These benefits, in addition to the more obvious savings of time and money gained by not commuting, will ensure that we continue to work from home in future, for at least a portion of our working days.

The ability to do all this remotely was enabled by technology. The cloud enabled services such as Zoom, Microsoft Teams, and Conductor to add millions of users over a few weeks, more or less seamlessly.

And then there’s the acceleration effect. Adjusting to working from home during the pandemic has boosted our productivity in unexpected ways. Sure, we’ve all gained the time we lost in travelling to and from work and making social calls. But there’s something more profound going on to elevate our productivity the way we have. Teams of people using these collaboration platforms have, in a few short weeks, redesigned production lines to produce ventilators instead of cars and PPE instead of garments; they’ve pushed potential vaccines into clinical trials in a fraction of the time previously needed to wade through the red tape. All made possible by the new ways of working together more efficiently.

How did we manage this change so quickly and with such little friction? How did we speed up the rate of our evolution so rapidly? The best way to answer this question is to look at the ways in which Slack and Microsoft Teams were adopted by their users, for it gets to the heart of the answer. According to Geoffrey Moore, in his classic book Crossing the Chasm, any new disruptive technology, one which changes the way people do things in a fundamental way, follows this adoption curve:

The chart below reflects my best approximation for the growth in Slack and Microsoft Teams users, from their respective launches to April 1st, 2020, based on numbers gleaned from the web: 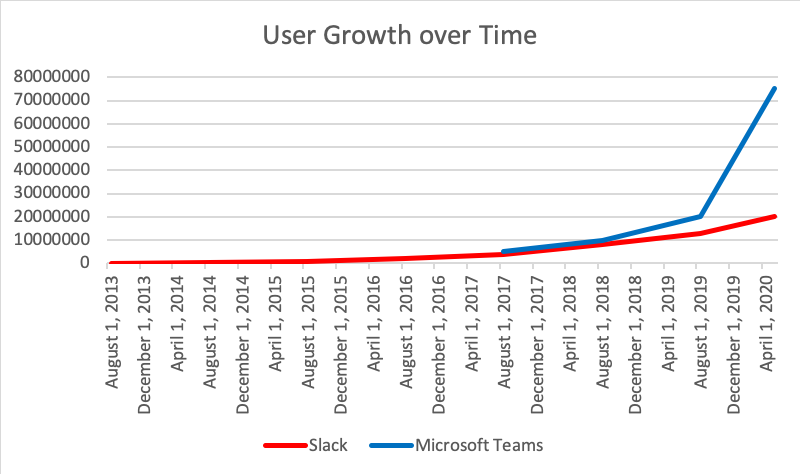 Slack expended five years of effort to convince the pragmatists that its app worked with no risk to their operation, and that without it, their companies would fall behind their competitors. Microsoft benefitted from this groundbreaking effort, leaping across the chasm in months. It didn’t hurt, of course, that their more than 80 million Office 365 users were all instantly made aware of Microsoft Teams when it was released. But there’s no doubt that they reaped what Slack had sowed. Even with these boosts, however, Microsoft’s rocket-like takeoff was spurred by something more deeply felt than the obvious need. Teams:

There are many reasons for the astonishing growth curve of course, but looking ahead to the future of work, I see two permanent trends:

According to the song, money makes the world go around, but as we look ahead, technology is spinning us faster and faster. But COVID has also forced us to focus more clearly on what life means. We’ve suddenly been granted permission to step back and reevaluate our lives; to adjust the balance between work and play; to rethink what is meaningful and to raise our sights to less mercenary, loftier goals.

If you’re reading this, it means you’re alive, and, we hope, looking forward to a world in which we accomplish our work goals more rapidly than we ever did before, while at the same time enjoying slower more relaxed personal and family times. 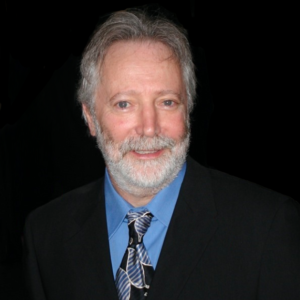 Eric is passionate about design, especially for software apps, and is known to rant about designers who focus on form at the expense of function. He’s currently focused on Microsoft Teams apps and the ways in which collaboration platforms are impacting us during the pandemic. Eric is a keen sailor and an avid reader. You can download a copy of his novel, Napoleon’s Gambit: Sailing through history to commit the perfect crime, here.

We connected with Joanne Pitkin – Director, Corporate and Public Affairs at Argyle, to discuss how they’re doing their part to help others during the current COVID-19 crisis, the importance of communication in a crisis, and what will be different as we all create a new way of working.

As companies reevaluate the model of how their teams work, Sensei Labs today announced a free version of its award-winning Conductor work orchestration platform to help businesses respond to the new normal and recover faster. With the recent push toward a more virtual working model companies are expected to pace an increased need for richer virtual collaboration tools like Conductor.

We connected with Eric Hachmer, Partner, Growth Leader at Mercer, to discuss how they’re doing their part to help others during the current COVID-19 crisis, how businesses can recover, and what he’s expecting will be changed once we go back to work.