I’m a big proponent for inclusivity, especially in the tech sector which has been largely straight, white, and male. As someone who is a CIShet (cisgender and heterosexual) male, I am afforded a lot of advantages simply by my existence, and those advantages aren’t extended to those who do not look, or sound, like me. I’ve been paying attention to the LGBTQ2S+ community for a while; I have friends within the community. I only see a fraction of the difficulties they get simply by existing and those can be disheartening enough.

I now look for opportunities where I can leverage my position and privileges to help elevate and amplify under-represented groups. This can come in many forms, from amplifying and emphasizing those voices, to correcting problematic language around the dinner table, to adding in features into the platforms I help to build to give greater visibility. It’s this last item that I want to tell you more about.

During Pride Month 2018, I was given the opportunity to run an ‘experiment’ on our platform. These typically involve prototyping new technologies or processes to see what we can add to our SenseiOS® platform. I saw an opportunity to instead add something to our platform that was both easy to implement and on theme with the month. I decided to add Preferred Pronouns to our team member profiles. This didn’t exactly align with the goal of our ‘experiments’ – I wasn’t proposing to prototype a new technology or process, but I pushed hard for the opportunity. I had my talking points, I was consistent, and I was determined – and after presenting my idea to the team, I got the go-ahead!

A quick explainer on Preferred Pronouns

Preferred pronouns or preferred gender pronouns are pretty much what they sound like: the pronouns a person or persons would like used when they’re being referred to indirectly. While a large portion of the population identify as traditionally male (he/him/his) or female (she/her/hers), there are many people that don’t feel that they fit into those boxes.

Recent studies indicate 0.6% of people in the US alone classify themselves as Transgender. That’s about 1.4 million people, and that’s just indicating trans status, never mind those who identity as gender-fluid, 2-spirit, and more. These people have adopted a variety of pronouns to help them identify themselves and where they feel they fit in the grand spectrum of gender identity.

Why have preferred pronouns?

Imagine that every day, people referred to you as the wrong gender, race, religion, name, etc. At first you wouldn’t mind but after days, weeks, months, etc. that misrepresentation would start to grate on you. Especially if it was something you felt strongly about. These slights, whether intentional or unintentional, are called microaggressions: tiny things that people do – wittingly or not – that hurt or wear you down, and it’s something that non-CIS people deal with often. That’s not to say other groups of people do not, but for this post I’m focussing on non-CIS people.

Normalizing preferred pronouns and building up acceptance in small ways can help people feel that they matter and that their existence is valid. Knowing and using a persons pronouns takes no effort. Updating our platforms to support this only took a little work on my part to implement, all it needed was someone to come up with the idea and put a plan into action.

Our ‘experiments’ have certain constraints: they need to be completed in about 2 days and can’t require a lot of external effort or support. So in order to get my work into the platform, I had to make sure my work fit those constraints. Thankfully our User API has something called UserExtra, a catch-all bucket for small pieces of user information that don’t fit onto the core model (we do not store user sex or gender on the core model). So I knew I could use UserExtra to store preferred pronouns data.

I created a small widget that displays in the sidebar of the team member profile that displays any selected pronouns and doubles as the edit form when the page is in edit mode. When the system is enabled, team members can edit their profiles and select from a pre-defined list or enter their own pronouns in an open text box.

The order of the commonly-used pronouns was deliberate. I stated above that CIShet male is the societal default, so I made sure that it was not for this list. It doesn’t sound like much, but it was a thoughtful decision made specifically in understanding that male is the default in many systems.

Like all inclusive actions, stating your preferred pronouns is an opt-in feature: if a team member doesn’t want to state their pronouns for whatever reason, they are in no way obligated to do so.

Similarly, customers using either of our digital workplace tools can opt to turn this feature on if they choose.

A quick note on the Other field

When building any new technology, it’s important to know how a tool could be misused or abused. In this case, the Other field, as an open text box, is run through a censor filter to prevent abuse (such as offensive language, slurs, etc.), however this same functionality could also be misused to censor certain words that people might legitimately want to use to as their pronouns. Although this behaviour is unlikely in a team that’s chosen to turn this feature on, it’s important that the small team of administrators be well trained and conscientious to ensure that it’s used for its intended purpose: to create an inclusive and accepting workplace.

Overall the reaction to the preferred pronouns has been positive. Making them opt-in means that no one felt pressured to fill it in if they felt uncomfortable, providing a predefined list of the most common options helped with usage paralysis, and having an open field allowed for each person to communicate their preferences without being restricted to a specific list. Currently 114 of our 824 internal users have set their preferred pronouns, roughly 13.8%. That’s not a bad pickup given the features was only promoted with a single internal news post when it was released.

Big change is hard. Little changes aren’t. This new functionality was implemented in only a couple of days, including code review and getting it into the codebase. It’s a small change that won’t make a major difference in the lives of the majority of users, but for the people it does impact, it will be a strong signal of support and help to improve their experience at work. When you make effort to include others that have been underrepresented, you invite a wider scope of contribution to your team. For us, the more diverse our usership, the better the feedback loop will be. It benefits not only those that the change helps, but the very platforms that we build and maintain. At the end of the day, it’s in everyone’s best interests to make the tools we construct and use as safe and inclusive as possible. 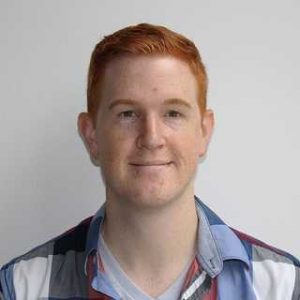 Corey (he/him/his) is a software developer that focuses on making users’ lives easier. He’s also a person just trying to do his best to put good back into the world.

Guest author Eric Goldman shares his insights on the meteoric rise of Microsoft Teams and what it means for the future of work.

We connected with Eric Hachmer, Partner, Growth Leader at Mercer, to discuss how they’re doing their part to help others during the current COVID-19 crisis, how businesses can recover, and what he’s expecting will be changed once we go back to work.

Our Thoughts As We Prepare for the Comet Competition Finals