Leveraging both ‘Fast’ and ‘Slow’ Thinking into Project Management

It’s hard to predict when things will go south – especially when working as part of a project management team. Lucky for us all, the human brain has evolved to be ready when disaster strikes – whether they come at us quickly (e.g., a predator attack) or slowly (e.g., a failed relationship) – and recent discoveries and technology, like Sensei Labs’ work orchestration platform Conductor, have highlighted the invaluable contribution that intuition can provide, even in complex decision making.

Daniel Kahneman, Professor of Psychology at Princeton, has spent his life researching how our minds use both intuition and intellect to solve life’s many challenges, work which won him the Nobel Prize in economics in 2002. In his book “Thinking Fast and Slow,” Kahneman relates a story of a team of firefighters who were fighting a kitchen fire. The commander, having a seemingly out-of-body experience, heard himself yell, “Let’s get out of here!” right before the kitchen collapsed.

He later described tapping into some “sixth sense of danger” — he perceived that the fire was unusually quiet, and yet his ears were unusually hot. It turned out that the main fire was not in the kitchen at all, but in the basement below. His intuition saved both the commander and his team.

Kahneman’s research reveals two types of thinking that we all utilize when solving problems in the workplace, regardless of whether you are putting out real fires or figurative ones:

Both are necessary for success; and both work in a complex dance to achieve short-term and long-term goals. Where one falters – the other exceeds.

Just as in life, both “fast” and “slow” thinking are also critical to working successfully in teams, but when “fast” thinking leads to the development of biases, that also creates problems.

Let me give you an example from my own experience that balances “fast” and “slow” thinking.

“Fast” And “Slow” Thinking In Practice

In my clinical practice, I work with a medical team tasked to perform the most complicated neurosurgical procedure: awake craniotomy.

It sounds rather horrifying, but has been in practice for nearly 100 years. During this surgery, a patient with a brain tumor near important brain tissue – used for speech or movement or math – is awakened during the surgery to help monitor their status (as opposed to removing the tumor under general anesthesia and hoping for the best). A team of ten to fifteen medical professionals are in the room during this complex surgery, including anesthesiologists, surgeons, nurses, and me, monitoring the patient status on a moment by moment basis.

I have many sensitive tools to bring to bear in my assessment of the patient during this 1-2 hour procedure: specific pictures to name, motor tests of strength and dexterity, visual tests to assess reading, and calculation tasks – all designed to tap specific areas of the brain that might be affected during surgery. The goal of the surgery is to get as much tumor out, while causing the minimum in behavioral impact (such as language loss, or arm weakness). We have performed over 50 of these operations successfully in the last 2 years, and the neurosurgeon relies on me to tell him when to stop – when the cost of brain surgery is exceeding the potential benefit. How do I know when to stop?

Thankfully, the many tests that I bring to surgery have been used with thousands of patients in past surgeries to ensure that “slow thinking” predominates during my assessment. However, that is not the whole story. The neurosurgeon with whom I work, once asked me: “how did you know to tell me to stop?” with a particular patient. I could not tell him, as it was just a “feeling” or “intuition.” There was certainly a noticeable decline in his performance, but that wasn’t all: there was something in his eyes that “looked” different, like he wasn’t completely with me anymore. The “canary in the coal mine” sang, and I made the decision to stop. It was the right decision, and the patient enjoys all of his faculties to this day, with “maximal tumor resection” having been achieved.

In complex teams, it is hard to say with precision, how or why a project might be going wrong. However, I know from experience that balancing “fast” and “slow” thinking, combined with the power to voice one’s misgivings at any point during the project, is key to our team’s success.

By capturing “gut feelings,” “intuition,” and “sixth sense” in a manner that can be curated and processed – in real time – Conductor creates the interface between “fast” and “slow” thinking that facilitates healthy interactions between the two. By leveraging a tool that incorporates both ‘fast’ and ‘slow’ thinking – and reducing the influence of bias – project teams can predict and prevent project disasters and engage individuals in both the short- and long-term goals of a project. 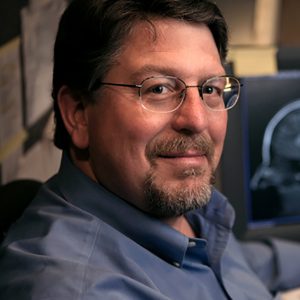 Rex Jung, Ph.D. is a Clinical Professor of Neurosurgery at the University of New Mexico, and a neuropsychologist in private practice in Albuquerque, New Mexico. His research has explored the functioning of intelligence, creativity, and cognitive abilities in health and disease.

Join Rex and Sensei Labs Co-Founder and Managing Director Jay Goldman as they discuss the implications of tapping into human instinct in project management and the psychological benefits of using both “fast” and “slow” thinking to orchestrate today’s complex projects.

Shane Schick shares the story of how a post-mortem led to the idea of our Collaborative Work Management Solution – Conductor – and how prompting team members for their ‘gut feel’ on projects can bring out their best thinking and instincts.

Our work orchestration platform, Conductor, has been named to the Constellation ShortList™ of Work Coordination Platforms in Q1 2018 for offering key requirements to early adopters pursuing digital transformation initiatives.