It seems like another lifetime ago when we competed in the Canadian Comet Competition. It was a great day pitching against the other 15 finalists from across Canada and we were thrilled that the judges from Microsoft, Ingram Micro, and the Canadian tech community selected Sensei Labs as the top enterprise SaaS company in the country! We’re very excited to represent Canada in the semi-finals of the International Comet Competition. 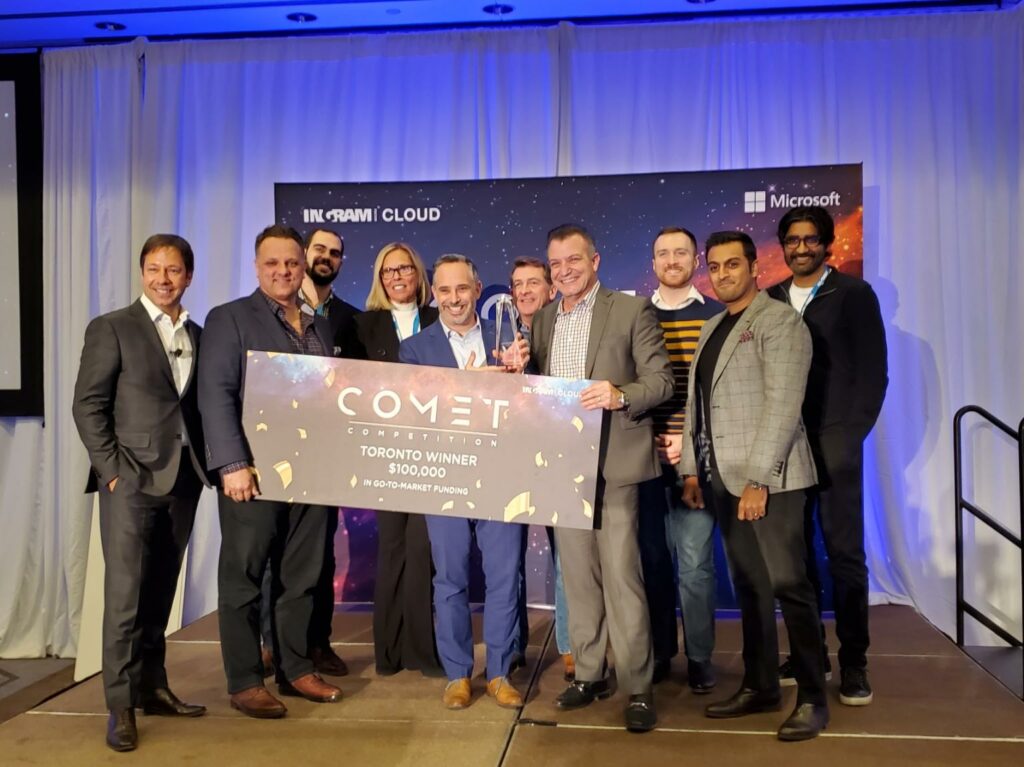 Who would have known, back in November 2019, that we would all be working from our homes with all major events cancelled? Yet here we are, in May 2020, self-isolating and definitely not flying to Miami to take part in Ingram Micro Cloud Summit. The Comet finals have been moved to a virtual format, still bringing together the world’s top 16 enterprise software startups to compete in a two round online format. We’re deep in prep mode for the event so we thought we’d share some of the background and our evolving partnership with Ingram Micro as we get ready.

Our journey since winning the Canadian finals has been highly educational. Our partners at Ingram Micro have been wonderful in teaching us about distribution and resellers and how their world works. We had the chance to attend Ingram Micro Canada’s National Sales Conference for their team at their Canadian head office and teach them about Sensei Labs and Conductor. 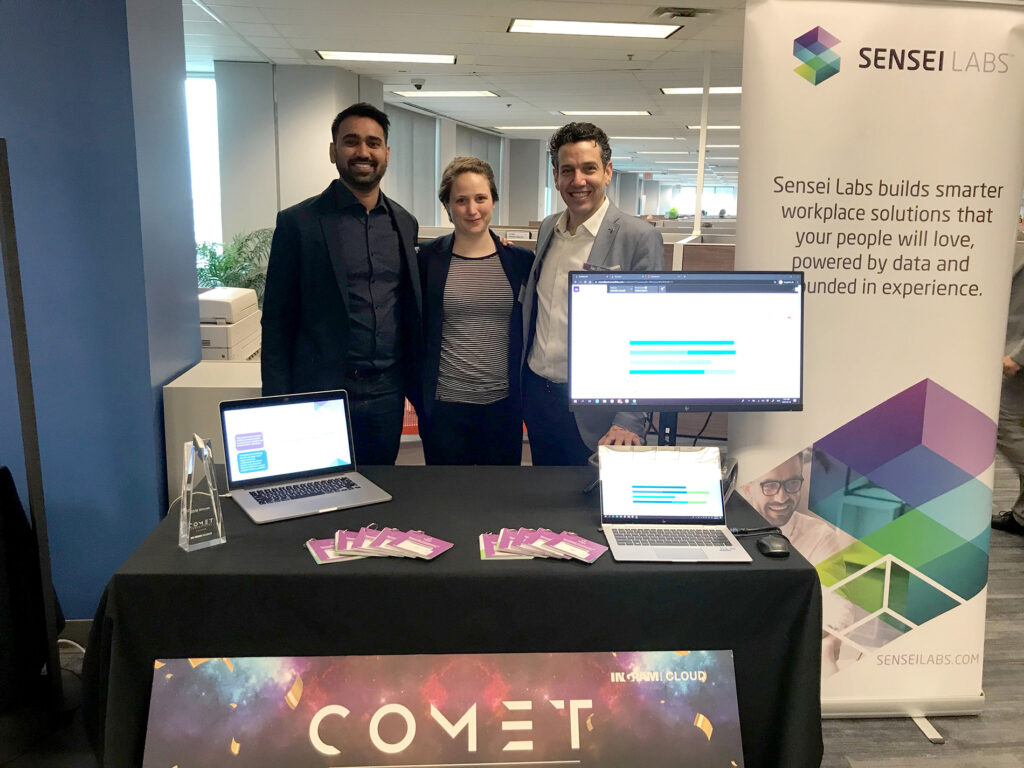 Ingram Micro has been a big part of the technology industry since the founding of Micro D in 1979 and has grown through acquisitions and organic expansion to become a member of the Fortune 500 for over 20 years. They are a massive, global organization with nearly 30,000 team members and about $50bn in revenue, distributing everything from hardware to software to services from vendors to hundreds of thousands of resellers.

We were certainly aware of them before entering the Comet Competition but didn’t fully grasp their very impressive scale and reach. Distribution isn’t a common go-to-market model for SaaS companies. Ingram Micro grew to their current size when the world needed to ship physical objects — computers, printers, software in boxes — in order to get technology products from vendors to their end customers. Their business is changing as the world moves increasingly to cloud-hosted solutions, changing the nature of selling hardware when customers no longer run on-prem data centers and software, when most vendors offer either SaaS solutions or make their products available through the AWS Marketplace or Microsoft AppSource.

Enter Michael Kenney, Ingram Micro’s Vice President; Strategy & Business Development. I’ve had the chance to speak to Michael a few times now, including a great self-isolated interview we did together as we’re preparing for the Comet Competition.

Michael started the Comet Competition because Ingram Micro has always done well in the big vendor space but recognized that the value proposition of helping early stage companies access the channel and grow through it could be more beneficial to both organizations. Michael’s background is in early stage tech companies, so he knows the ecosystem and dynamics well. The companies he worked for grew through distribution to grow to significant scale without having to hire hundreds of their own people, so he’s a real champion for this GTM model.

The first round of the Comet Competition was in 2017, run with venture capital and startup accelerator portfolio companies. In 2018 they expanded to run internationally in four countries, and in 2019 expanded even further to sixteen international winners out of over 4,000 entrants — putting Sensei Labs in the top 0.05% of startups globally. 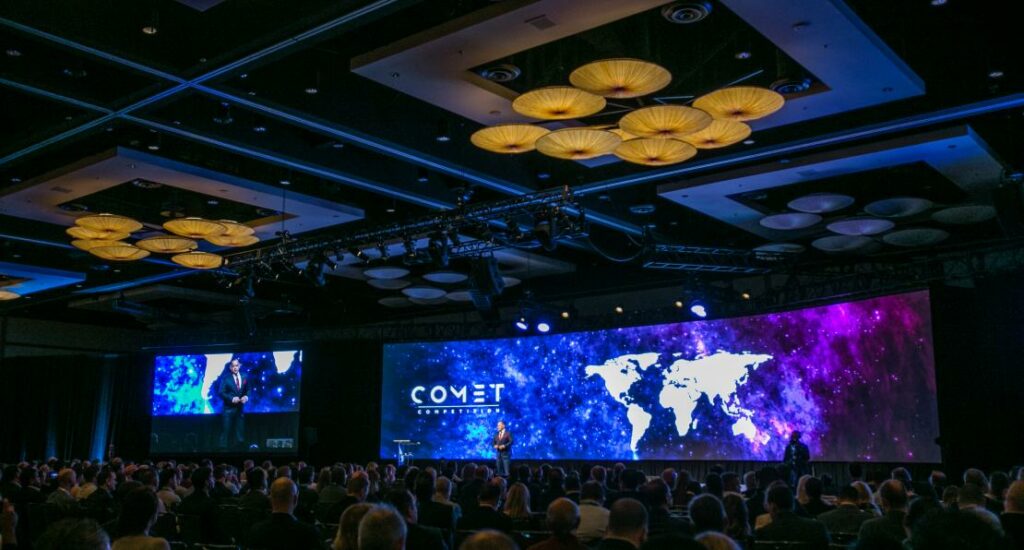 Ingram has about 18,000 global resellers actively working with their SaaS portfolio, which is a big advantage for companies like ours working with them. COVID-19 has accelerated the adoption of digital collaboration technologies by every company in the world, making solutions like Conductor very attractive to those resellers.

That’s obviously part of the criteria for Comet winners, but we asked Michael for more definition around that so we could make sure we’re preparing appropriately. Ingram, Microsoft, and the other judges are looking at the feasibility of the business model, ability for the team to execute, their understanding of the competitive landscape, GTM strategy and growth expectations, and — maybe most importantly — are people buying the solution today and are they happy with it. We hit all of those in our Comet pitch and they were thrilled with our answers, particularly in terms of our Partner Program and partner-driven growth story. It certainly helps that we have very happy customers across five continents at some of the world’s biggest companies using Conductor to plan, manage, track, and deliver their most critical projects.

And, of course, there’s always an intangible to the companies who win, as Michael hinted at near the end of our interview:

“That’s something that’s always hard to quantify and to qualify. Some entrepreneurs and some businesses have it. They know how to communicate it, they know how to get customers to understand it, and they know how to deliver a great experience. So I’d like to say that there’s always a fine criteria and it’s an easy process but ultimately it comes down to awesome entrepreneurs like yourself who quite frankly have it and we don’t know what it is right? But when you’re around enough people, when you’re around enough of these entrepreneurs – and we’re around a lot of people that have a lot of great solutions – but we’re also around people that clearly stand out head and shoulders above others and congratulations, you guys are there.”

We connected with Joanne Pitkin – Director, Corporate and Public Affairs at Argyle, to discuss how they’re doing their part to help others during the current COVID-19 crisis, the importance of communication in a crisis, and what will be different as we all create a new way of working.

As companies reevaluate the model of how their teams work, Sensei Labs today announced a free version of its award-winning Conductor work orchestration platform to help businesses respond to the new normal and recover faster. With the recent push toward a more virtual working model companies are expected to pace an increased need for richer virtual collaboration tools like Conductor.

Guest author Eric Goldman shares his insights on the meteoric rise of Microsoft Teams and what it means for the future of work.